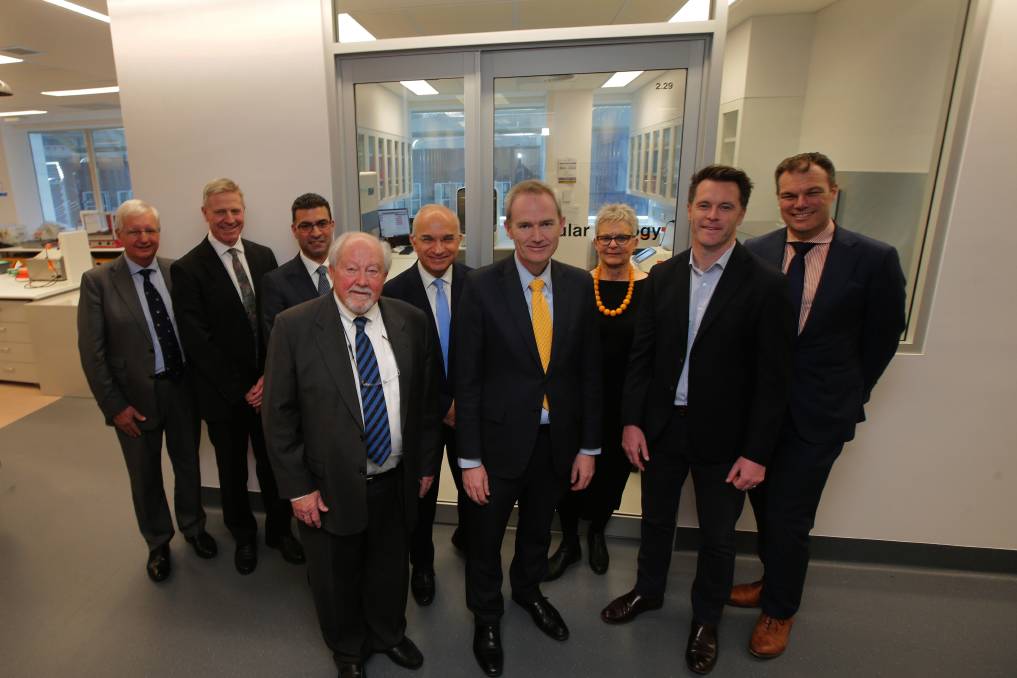 The Microbiome Research Centre (MRC) at Kogarah was officially opened on August 9 – a project three years in the making.

It started as a visionary hub of ideas, and in only a few years, has become the site of cutting edge studies designed to make a difference to the lives of patients.

It is the major focus of the St George and Sutherland Medical Research Foundation, which is determined to make the centre a global leader in its field.

Already 60 projects are underway and have been growing steadily in the laboratories, which house the next pool of talented researchers from clinical schools across Sydney.

A total of $13.5 million has been raised to bring the centre to where it is today, thanks to an army of people behind the scenes.

The centre is a University of NSW facility that is dedicated to studying gut health. It is also supported by the South Eastern Sydney Local Health District.

It brings together researchers and clinicians on one campus, where vital programs examine the effects of gut bacteries on obesity, diabetes, foetal health, allergies and cancer.

Funding has been steady and strong. The federal government kickstarted hand-outs with a $4 million grant in 2017. It was followed by an extra $6.5 million in federal and state dollars, plus a $3 million from a private benefactor, Sir Owen Glenn.

Money goes towards new discoveries of the function of the gut, and how digestive problems are caused by imbalances in gut microbiota. Researchers essentially investigate how changes in gut health appear to play a role in conditions such as inflammatory bowel disease.

The facility will also include a fully integrated bioinformatics unit and will conduct studies of the effects of the microbiome in pregnancy and early childhood.

“It uses the National Health Priority Areas as the template for expanding the research collaborations and infrastructure, drawing together the best available talent and expertise locally, nationally and internationally,” he said.

“Clearly the translational impact of this research will take several years to be fully realised but the agenda is very clear – to improve the health and well-being of Australians.

“We’ve opened what we hoped to achieve. It’s been a slow metamorphosis from shabby labs into sparkling ones.”

“It’s about investing in enthusiasm and inspiration for the next generation,” he said. ‘We have excellent labs, but more importantly, this is investing in people.

“This is the only dedicated human microbiome research hub utilising state of the art science to answer important clinical questions. It provides an opportunity to reduce suffering.

“Improved understanding of the microbiome is one of the most exciting developments in medicine over the past decade. And although it’s based in St George, our aim is to take a global position.”

The centre was opened by Banks MP David Coleman, who described the occasion as “momentous”.

“This centre aspires to attract the best and brightest researchers to this part of our city, to create a centre of gravity of depth in intellectual capital,” he said.

“Little by little, the foundation has kept it moving forward. It’s been a long journey with many contributors.”